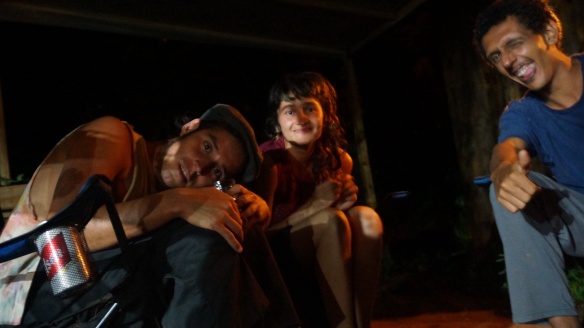 The performance artists we met in Costa Rica

The people we’ve met on the road have amazed and invigorated us by how open and friendly they are. Is it because staying at hostels or volunteer programs are inherently filled with other people looking to experience new things and meet new people? Is it because we ourselves are more open as we take this adventure around the world? Or is it just that in our previous home of Boston we just didn’t have the time or impetus to be meeting new people all the time? Whatever the reason, we feel so lucky to continue meeting top quality new friends everywhere we go.

A few folks that left a particular impression on us were three artists from Costa Rica. We met them while volunteering at the turtle camp with the Corcovado Foundation. They volunteered their time and performances to entertain the kids and other guests during the event. Having watched their performances we were excited to meet these creative people. That night, before we even exchanged any real words, one of the artists approached us with an incense stick and offered it to us ‘para protecion.’ We agreed and were treated to a cathartic treatment in which he captured a billow of smoke and directed it to our hearts and our heads with a confident and creative flair. It was one of those unexpected experiences that in the moment, you just don’t question. The incense ritual, which was routine for him but new for us, relaxed our bodies instantly. The act felt very intimate and from there we felt welcomed and comfortable to communicate with these interesting people. We spoke little Spanish, they spoke little English, but by virtue of their overly animated demeanors we were able to communicate, make jokes and enjoy the amazing Central and South American music they had queued up on their phones. Their dedication to their craft and general passion for life was always apparent as we talked. They were serious about being clowns because they lived their art. We saw them wake up and juggle, they played with the children between performances and afterwards retreated to critique the show. They were offered a hotel room but opted to stay with us at the turtle camp because they would rather sleep in hammocks and get to know the volunteers. Their skill and desire to connect with people left us with a newfound respect for clowns. They were an impressive bunch and we are glad to have met them!

Two of the artists were unable to finish their performance at the festival due to the weather so those of us at the turtle camp were able to enjoy a private performance of fire and light juggling. Here are some pictures from their performances: 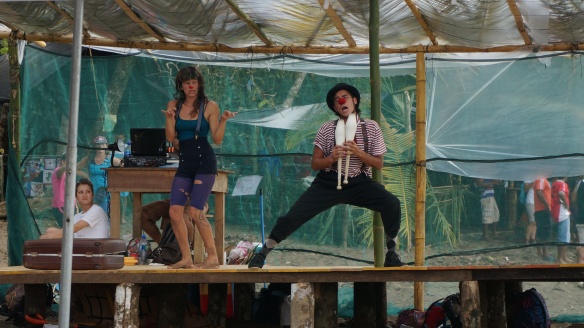 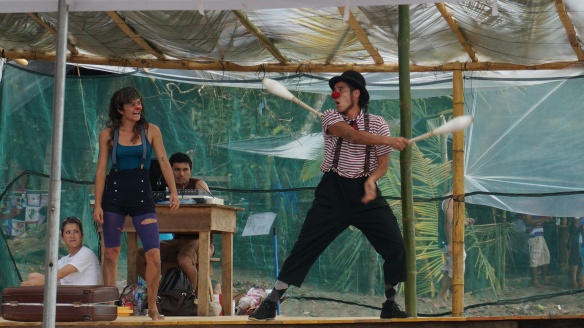 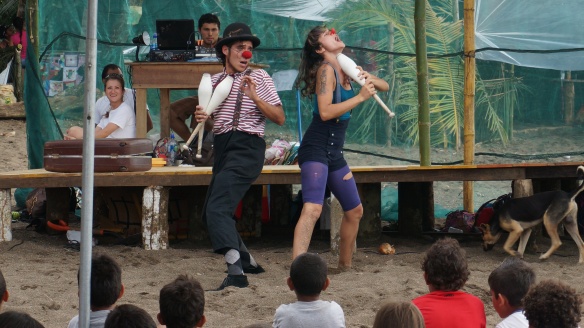 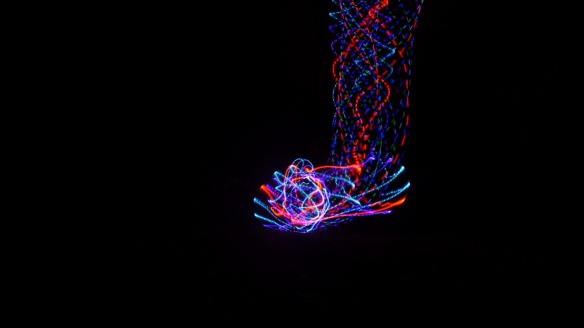 1 thought on “Artists in Costa Rica”